Coarse and fine dust particles in the air are a major environmental problem worldwide. Road traffic will gain in importance as a source of particulate matter, as light and heavy traffic will continue to increase. 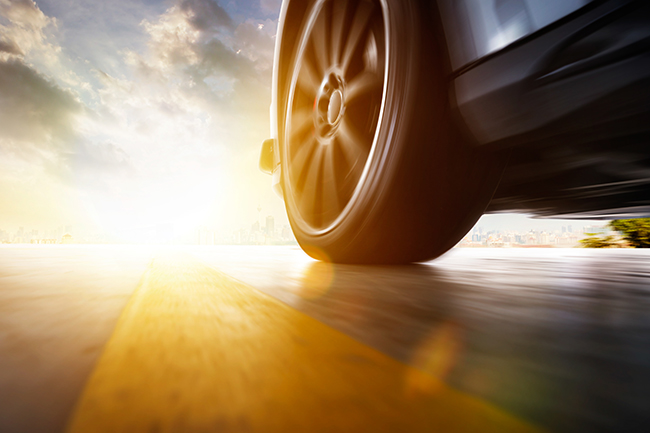 Particulate emissions from road traffic are not exclusively based on combustion processes. They also contain abrasion particles generated by the wear of brakes, tyres and road surfaces. In addition, corrosion of the chassis and bodywork and weathering of transport infrastructures (such as bridges and protective equipment) can contribute to mechanically generated abrasion particles in the air. Technical improvements, such as particulate filters for diesel engines, are expected to reduce emissions of combustion particles if the technologies used are operated correctly. A similar development is not discernible for abrasion particles. While exhaust emissions are at the heart of European environmental legislation, emissions of abrasive particles from road transport receive little attention.

In order to investigate this particle fraction more closely, the German Weather Service (DWD) and BASt, in cooperation with the Universities of Strasbourg, Freiburg and Pennsylvania, initiated a long-term monitoring programme for particle sampling and analysis on highly frequented German autobahns in 2013. The aim of this project is to continuously measure and monitor the contribution of traffic-related abrasive particles to the overall traffic load. In addition, the possible influences and effects of changing meteorological conditions in the context of global climate change on the future development of traffic-related abrasion particles will be investigated.

The autobahns A 555 and A 4 were selected for the monitoring. The sampling site on the A 555 autobahn represents a highly frequented, north-south oriented autobahn with predominantly flowing traffic. The autobahn section is surrounded by agricultural land. The location on the A4 autobahn is in the immediate vicinity of the Cologne-Gremberg autobahn junction and is characterised by a west-east orientation and increased commuter traffic, which leads to stop-and-go traffic at regular intervals. This autobahn section leads through industrial and residential areas.

Particulate sampling was performed using the Sigma-2 passive sampler technique. The collector design protects the particulate sampling from direct sunlight, wind and precipitation. The dust particles are collected on a transparent adhesive foil (acceptor surface), which is layed out for seven days during routine operation. An automated light microscopic individual particle analysis enables the calculation of particle mass concentrations and the corresponding size distributions. Subsequently, an individual particle analysis is performed by means of scanning electron microscopy, which in combination with X-ray spectroscopy enables a detailed chemical-mineral particle characterization. Meteorological factors have a significant influence on the particle concentrations. For this reason, meteorological data from the DWD weather station at the nearby Cologne/Bonn airport, such as temperature and precipitation, were used for the study. In order to improve the interpretation of the particle measurements and to evaluate possible correlations with different atmospheric flow situations and mixing conditions, the weekly dominant general weather conditions were included. The operational numerical weather analysis system of the DWD provided the meteorological database for this purpose. 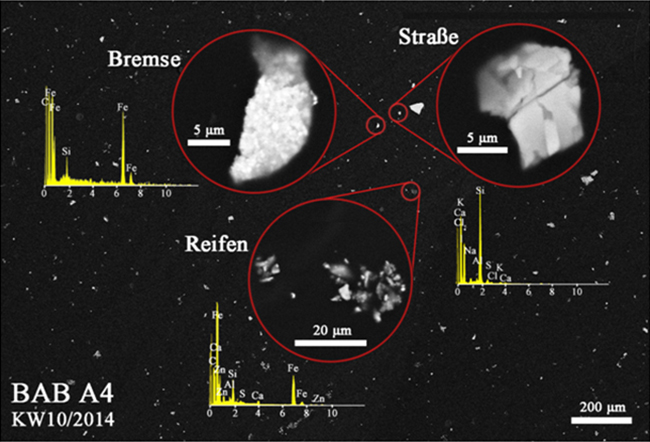 The measurement results and light microscopic single particle analyses of the first year (May 2013 to May 2014) as well as the continued investigations have been published in two articles in the journal "Aerosol and Air Quality Research".