All passenger traffic carriers (cars, motorised two wheelers, buses, trains, aeroplanes) and goods traffic carriers (trucks, trains, ships) operating in Germany from the base year 1980 are included in TREMOD until the year 2030. The base data range from driving, traffic performance and degrees of utilisation to the specific energy consumption and the emission factors (emissions in g/km) of vehicles. 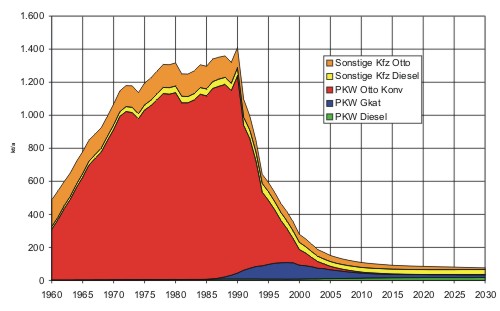 Development of hydrocarbon emissions in road traffic in Germany, 1960 to 2030 in kt/a Source: TREMOD 4.0

Due to its high significance in polluting human beings and nature, motorised road traffic is represented in great detail in the model. Here the driving performance, energy consumption and emissions are included in as differentiated a way as possible according to drive configuration, vehicle size (cubic capacity, mass), age of the vehicle, emission level, degree of loading, road category, traffic situation as well as incline/gradient of the driving path. 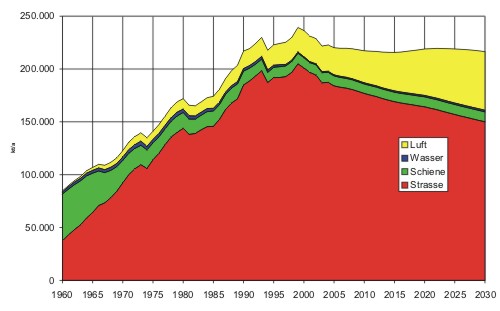 The most important current areas of use of TREMOD are: