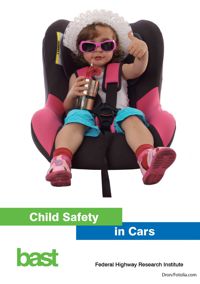 A brochure (PDF, 1MB) by BASt, provides a current overview of the different systems.

The correct protection is essential for the survival of children in passenger cars. BASt has therefore been working on this topic for years. The results of in-house crash tests were considered in addition to experience derived from real accidents and the daily use of child restraint systems. The focal points of BASt work are its participation in the compilation of test specifications for child restraint systems and their further development at an international level as well as research activities as part of national and European projects.

BASt was involved in the European projects CREST (Child Restraint SysTems, 1996 - 2000), CHILD (Child Injury Led Design, Advanced methods for improved Child Safety, 2002 - 2006) and CASPER (Child Advanced Safety Project for European Roads, 2009 - 2012). Within the framework of these research projects, an accident database consisting of real accidents was developed and numerous accidents were reconstructed with the aim of reproducing injury mechanisms by means of dummies equipped with instruments for measuring the occurring stresses. The aim is to improve knowledge with regard to bio-mechanical stress limits and to thus expand the opportunities for the assessment of child protection systems. During the projects, a new series of child dummies was developed: the Q-series. Special emphasis was placed on a comprehensive understanding of the circumstances involved when transporting children in vehicles and the resulting requirements. The results of the CASPER project were also applied in working groups for statutory regulations. These also have an influence on the development of dummies and sensors in the field of child dummies. 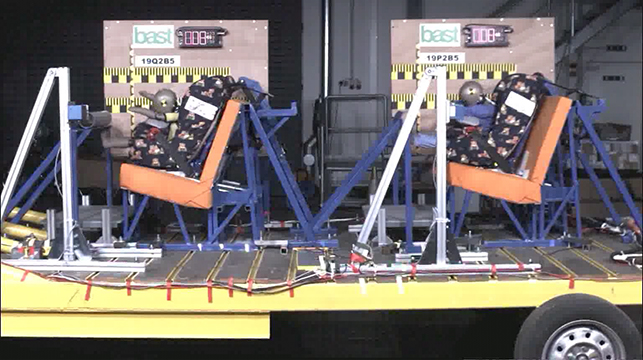 Sled test according to ECE R44, comparison of dummies of the P- and Q-series

Scientifically based, objective test protocols for the evaluation of universally applicable child restraint systems were developed in the European project NPACS (New Programme for the Assessment of Child-restraint Systems). These protocols are related to dynamic tests (front and side) as well as handling test. Current vehicle design, child seat developments and information of real accidents were considered.

The research results of BASt are not only reflected in standards and test instructions. The findings are, for example, also submitted to Euro NCAP (European New Car Assessment Programme) and used to provide consumers with advice and help.