The OCTS Harmonisation Committee (Open Communication standards for Traffic Systems) was established in November 2011. The aim of this initiative is the harmonisation and pooling of national standardisation interests in Germany related to Intelligent Transport Systems (ITS) and the specific influencing of European (possibly international) standardisation. The main focus of the OCTS Harmonisation Committee lies on urban applications.

This initiative arises from the OCIT roundtable (Open Communication Interface for Road Traffic Control Systems), a body on the harmonisation of the functional requirements for the OCIT interfaces. In particular, the balance of interests between needs and desires on the part of cities and planning offices and the economic constraints of manufacturers and operators was of great importance. The reached agreements regarding the OCIT interfaces are compromises that take into account the interests of all stakeholders and give them planning reliability.

The OCTS Harmonisation Committee provides companies and organisations dealing with interface issues of ITS an exchange platform for appropriate standardisation initiatives. Emphasis is to be laid on the data exchange between intelligent transport systems - especially in urban and multi-operator context in Germany. 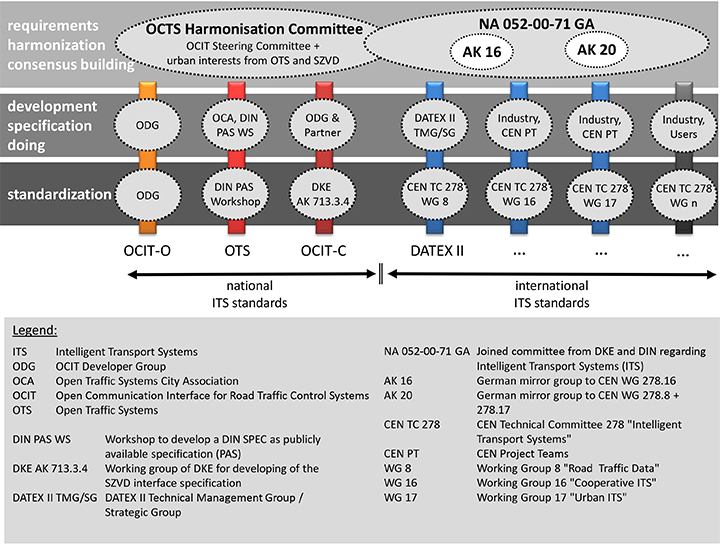